Director, cinematographer and visual artist Brian Johnson’s work spans many genres and disciplines. He is an avid and enthusiastic collaborator as well as an independent artist creating works that tend to operate within the continuum of cinema.

Brian’s cinematography credits include The Killing for Netflix and AMC and You Me Her for DirectTV and E-one. His most recent film, Inheritor Recordings, has been receiving recognition and awards at film festivals such as the San Francisco Dance Film Festival. His most recent site-specific work Mean Time will be exhibited at the Penticton Art Gallery this fall along with an earlier work, Lorenzo, Isabella and the Pot of Basil. This later work was also part of New Forms Festival in 2011. In 2010 Brian directed an hour-long anthology on BC artists for Knowledge Network called cArtographies – a work that re-framed the potential of biographical documentary – pushing the genre towards performance/abstraction through collaborative exploration of individual artist’s work. He has exhibited at festivals such as TIFF and the Clairmont-Ferrand International Short Film Festival. He has won two Golden Sheaf awards, two Leos and has been nominated for a Gemini for his work on such feature films as On the Corner and Camera Shy.

In his own practice, Brian’s work challenges the traditional parameters of filmmaking by inviting immediacy and improvisation into the cinematic experience. He is currently in development with Screen Siren Pictures on the feature film Caught on the Inside – a story about troubled youth living in a Pacific Northwest coastal/industrial town. He divides his time between Vancouver and Toronto. 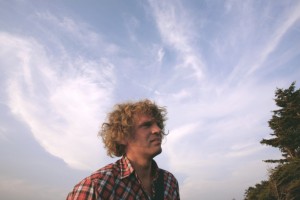 Series, features, multimedia and stage... check out some samples of work below...

Featuring excerpts from The Killing, Olympus and the feature film The Brother among other works.

A collection of avant-garde film, video and interactive projects.