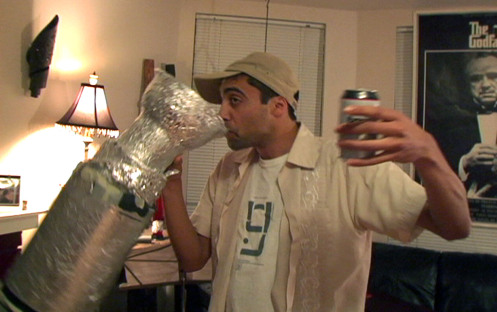 I don’t really expect an answer to this question. Let’s just say I already know the answer.

The thing that’s so cool about interactive narrative is that you’re not just dealing with a single timeline – rather you must consider multiple narrative potentialities and possible associated realities. It is like grappling with time in three dimensions. Don’t despair though: it isn’t as complicated as it sounds.

Just as the phenomena of persistence of vision allows the human brain to perceive a series of rapidly presented still images as fluid motion – one might suggest an analogous phenomena which I like to think of as the persistence of narrative. Just as we look for representational elements within the abstract, (faces in clouds, astrological figures), mankind’s desire to understand causal situations in terms of narrative is deeply ingrained. The problem with so many contemporary filmmakers of any stripe is that they deny this fact and in a complete capitulation to the tyranny of story and plot insist on clobbering their audiences over the head. Interactive narrative strategies encourage space, digression and moments of reverie. It’s just good cinema.

A girl with a really big head turned me on to the Silver Apples. They were an early, (like 1960’s – seriously), electronic duo from New York. I love the way this song could be just as easily contemporary to Joy Division or some more recent shit. Maybe you all know this already – but I figure the girl with the big head is pretty damn esoteric.